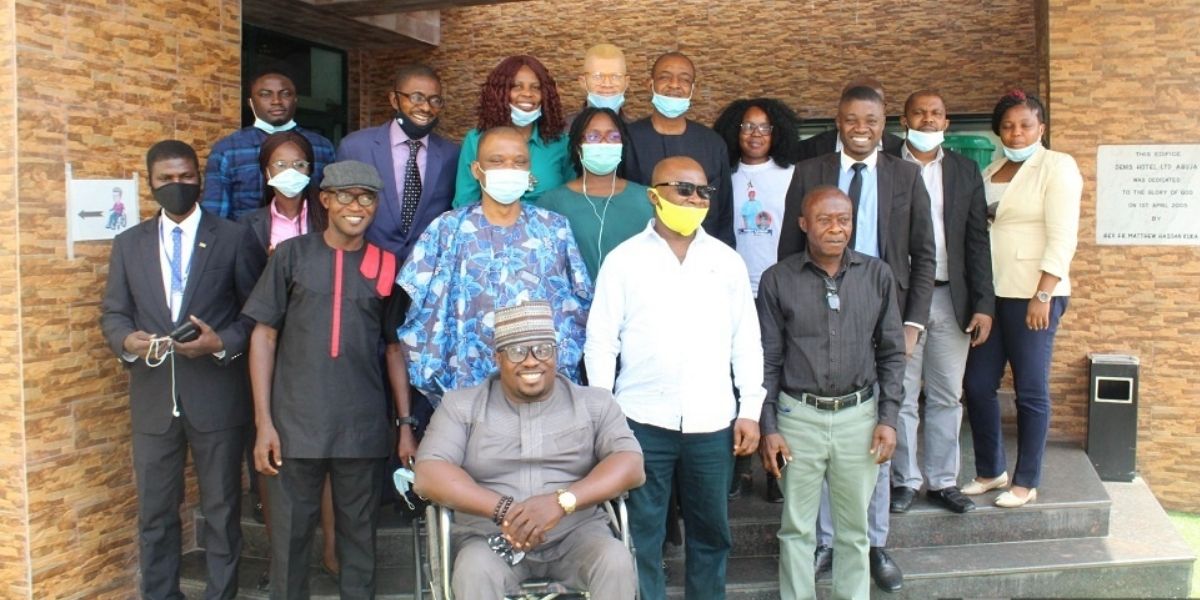 On Wednesday, February 24th, 2021 in Abuja, CCD brought together the line MDAs, other stakeholders, and persons with disabilities who participated in the research to carry out a public validation of the research findings.

The Executive Director of CCD, Mr. David Obinna Anyaele in his opening remark said that the essence of the meeting is to provide an opportunity for the stakeholders especially those who participate in the research to validate the findings, make recommendations that will aid future assessment of the compliance of National Disability Act, he urged the participants to listen attentively to the presentation of the findings and make contributions, point out where corrections should be made and suggestions to strengthen the process.

Speaking further, he said that after the signing disability bill into an act by President Muhammadu Buhari in 2019 after the bill has been previously refused assent by President Olusegun Obasanjo and President Goodluck Jonathan, there is no indication that state and non-state actors have complied to the law. So, it becomes imperative to put a process in place to ascertain the level of compliance especially in the Federal Capital Territory, Abuja. It will aid the implementation of the act by line MDAs and it will also help to create awareness about the act among the public and persons with disabilities themselves.

According to Victor, the research was qualitative and researchers report verbatim the response of the respondents who participated at the Focus Group Discussions(FGD), Key Informants Interview (KII), and In-depth-Interviews.

In the research findings, it was discovered that the majority of the policy actors in public institutions that were interviewed were generally aware of the act and demonstrated a satisfactory perception of the law but shallow knowledge of the specific provisions in the law as regards the role of their respective ministries.

There was a general view among PWDs and their leaders that implementation of the act is still low to lack of budget line for disability-related affairs and disability institutions such as the National Commission for Persons With Disabilities, lack of political will, and poor knowledge of policy actors. This has lead to weak enforcement of the Nigeria Disability Act.

The findings, the researchers recommended that there is a need for more creation among PWDs on the National Disability act and proper orientation is need among the public institution, policy actors, the institution should develop specific policy on disability inclusion, there would be budget line specifically for the inclusion and welfare of PWDs and there should be advocacy for multi-sectorial approach-collaborate with the National Commission for Persons with disabilities.

The participants made inputs that were noted to help to prepare the report and share with line MDAs and also aid the future research on compliance of the public institution towards the implementation of the National disability act.