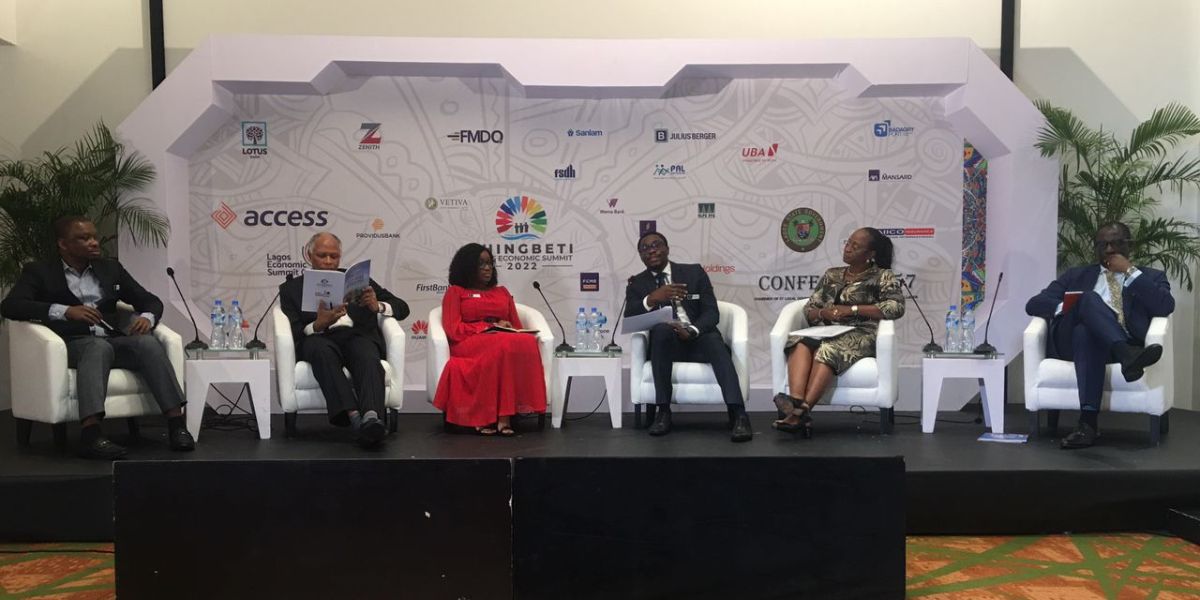 October 15, 2022 Written by CCD Nigeria. Posted in News No Comments

The Executive Director Centre for Citizens with Disability, CCD, Mr. David Anyaele has stressed the need for the Lagos State Government to define what affordable housing means to the State and develop a template or prototype of affordable housing for the residents to copy.

Mr Anyaele stated this as one of the panelists during the Lagos State Economic (Ehingbeti) “ONE DAY” Summit 2022. The theme of this year’s event is “Lagos 2022 – 2052: Charting the Paths to Sustainable Development – the 30 Year Plan”.

Speakers at the Summit on a Panel themed: Building a Sustainable and Resilient Mega City of the Future.

He urged the Lagos state government to leverage international cooperation where public-private partnership (PPP) units from countries with extensive PPP experience and resources to help fill capacity gaps and assess these proposals for free, as official development assistance”
Another key point raised by the CCD executive director is for incentivize developers to invest in mixed income/inclusionary housing in new urban areas by offering (Tax rebates and waivers on permits cost; Allocating land at subsidized rates)”

According to him, the Lagos state government should engage development partners and real estate developers to facilitate the increase of low cost housing construction methods and materials to increase access to affordable housing in the state.

He further called on participants to get a copy of the Lagos State Development Plan 2052, digest the content and support and hold the State Government accountable on achieving the plan.

Anyaele maintained that the Ehingbeti Summit has served as the bedrock for the Lagos State developmental discourse, a platform for engaging a wide range of stakeholders in the Lagos success story and an invaluable tool for molding of its growth for decades to come.

During the summit, the Lagos State Development Plan (2022-2052) that would characterise and solidify the trajectory of growth for the next 30 years was launched.

His words “It might interest you to know that the lobby and advocacy for the passage of Lagos State Special Peoples Law 2010 was concluded at 2008 and 2010 #Ehingbeti Summit.

This was done through ensuring that the outcome document / resolutions from the Summit includes the passage of the disability law as a prerequisite for the implementation of the Lagos State Mega City. Special thanks goes to Hon. Abike Dabiri and Dr. Ndidi Onwuneli for their support during the lobbying sections at the Summits”.
“Congratulations to the Lagos State Government for the launching of the 30-year development plan”.