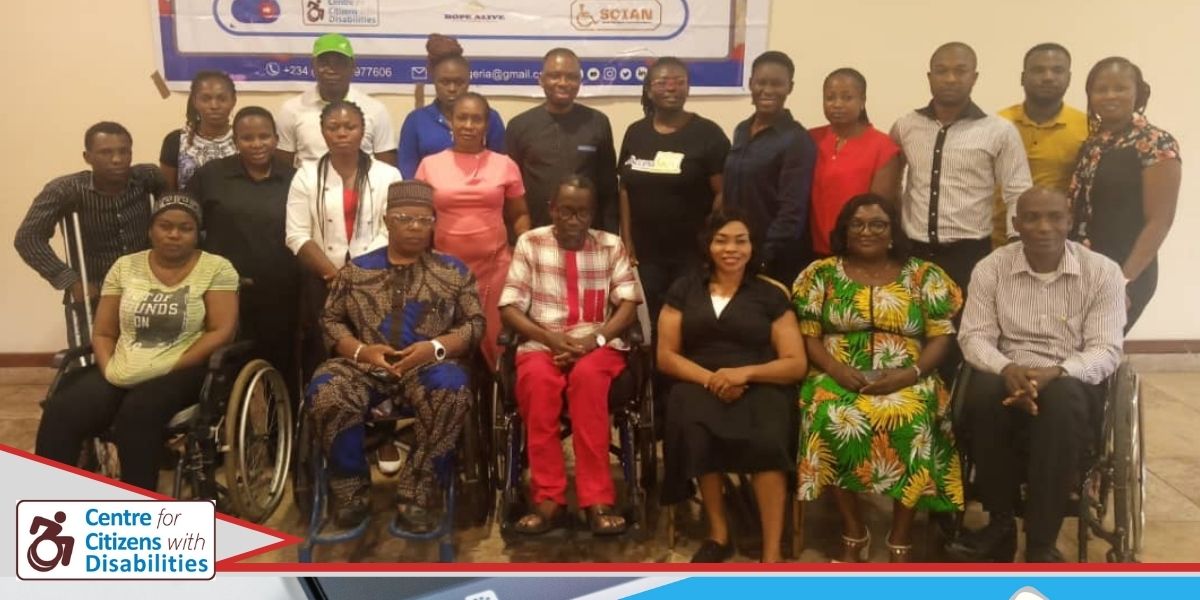 Mr David Anyaele, Convener Coalition of Disability Organisation (CODO), has urged the Federal Government to step up efforts to provide amenities for People with Disabilities (PWDs) at airports across the country.

Anyaele made the appeal on Wednesday at a public presentation and training on access to airport for persons with disabilities, held at Academy Guest House, Ikeja, Lagos.

The convener urged the government to train relevant personnel on ways to handle people with disabilities.

He said that PWDs experienced challenges and discrimination in airports across the country.

“People with Disabilities experience a lot of hardship in the country and the difficulty in travelling through the airport isn’t easy at all because there are no basic amenities for us there.

“We are treated harshly by airport staff because of our disabilities, so special training should be organised for airport and airline personnel on the needs of PWDs and how best to meet them.

“In other countries, there are wheelchair elevators that convey us to the aircraft and back, but in this country, there is none like that, as even the bus that would carry you to the point of entry of the aircraft isn’t user friendly in all ramifications.

“The government needs to address this urgently because there are so many difficulties we experience in the airport and it shouldn’t be so,” he said.

Anyaele urged the Federal Government to carry out more enlightenment programmes on the need to respect the right of PWDs.

He said that there should be advocacy for the implementation and enforcement of the National Disability Laws and other laws in order to protect rights of persons with disabilities.

The convener said that travel information at airports should be provided in accessible formats for various categories of PWDs.

“The airport authorities need to go beyond the use of public address systems for announcement which persons with auditory impairment may not be able to decode.

“There should also be provision for inclusion of information at booking points so as to indicate their status and special needs, for airport officials to make necessary arrangements to meet their needs,” he said.

Mr Rabiu Yadudu, Managing Director, Federal Airports Authority of Nigeria, (FAAN), in his remark, said that relevant personnel had been trained on how to attend to people with disabilities.

Yadudu, who was represented by Mr Ayinla Gbolahan, International Terminal Manager, Murtala Muhammed International Airport, said that the training would help in resolving some of the issues.

“The relevant personnel are being trained on how to provide the necessary needs of PWDs, especially those who provide assistive services in the airport.

“We are committed in ensuring that we provide the relevant services to make the airport comfortable for the people, so various steps have been carried out in ensuring that,” he said.

Mr Abdulwahab Matepo, a man with disability, told the News Agency of Nigeria, that discrimination was a major problem for people with disabilities.

He said that amenities were not provided for disabled people in public places.

“Discrimination against people with disabilities is a major problem in this country and this issue can be addressed by enlightening the public about this.

“Also, in most public places, amenities for PWDs are not provided and one of the reasons for that is because of the discrimination against us.

“People need to realise that we are also human beings and we didn’t decide to be this way, so, we should be treated like every other being,” he said.