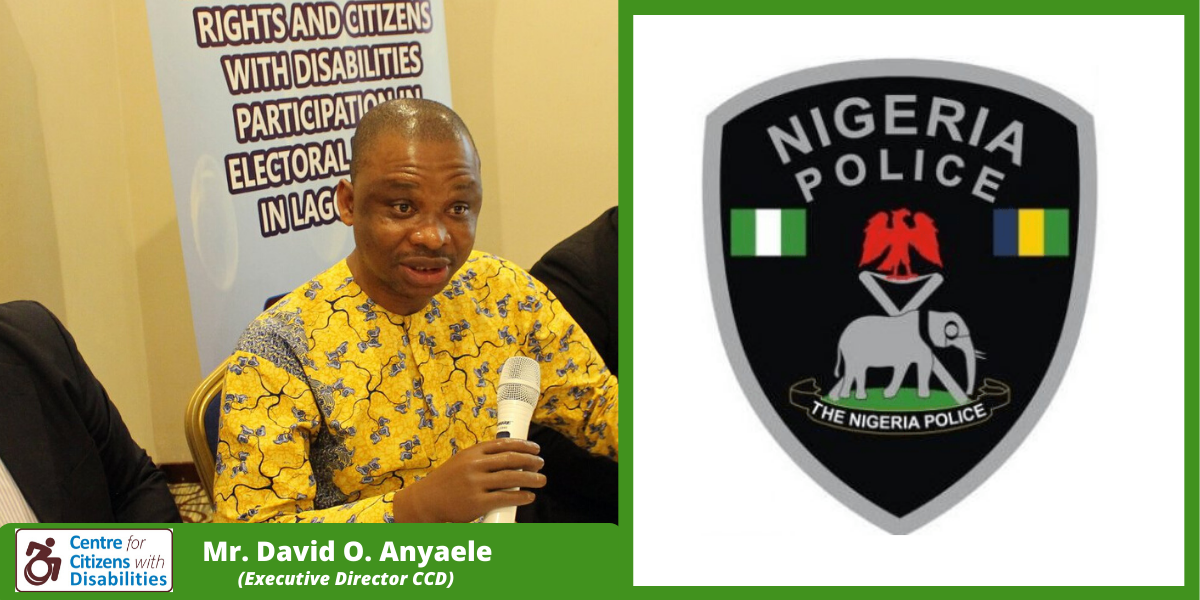 Press Statement: CCD Calls for a thorough probe of the Nigeria Police

November 20, 2019 Written by CCD Nigeria. Posted in News No Comments

The Center for Citizens with Disabilities (CCD) received with dismay the description accredited to the leadership of the Nigerian Police that fake Police Officers overpowered 66,241 of its personnel in the 2019 Kogi and Bayelsa States Governorship Elections.

Recognizing the huge resource spent on the Nigerian Police with respect to this election, the most expensive on the face of the Earth. This description of the 2019 Kogi and Bayelsa State elections day security failure by the Nigerian Police is an example of how not to bring shame to a country by its security agency.

Bearing in mind that there was evidence prior to the election day that criminally minded politicians were planning to unleash voters with violence as such, the position of the Nigerian Police is an indirect expression of irresponsibility on their part.

There is fear now in Nigeria around marginalized population’s participation in elections, especially citizens with disabilities, due to insecurity, and the cost of budgeting for security as a Party Candidate.

Therefore, The Nigerian Police should tell Nigerians the justification of the election security vote provided by the Nigeria National Assembly for effective and efficient election day security for the 2019 Nov. 16, Kogi and Bayelsa Governorship Elections.

We demand immediate identification and disarming of these fake Police personnel and mopping of all illegal heavy and light arms in the hands of criminal-minded politicians and their thugs to reduce further harm to the society.

We call for a total review of the Standard Operation guidelines and rules for security deployment during elections, in particular, the role of Inter Agency Committee on Election Security as the 2019 Kogi and Bayelsa States Governorship Election day security is now under question.

We call for a thorough probe of the Officers deployed to various Local Government Areas where the violence took place during the elections.