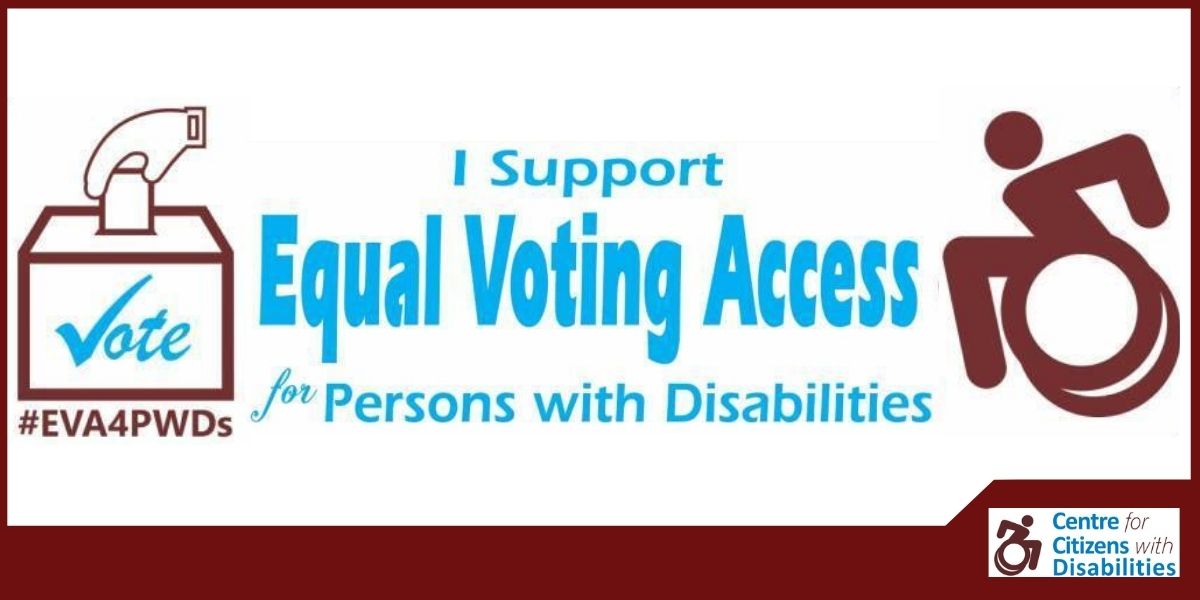 Preliminary Statement Issued by the Campaign for Equal Voting Access

The Campaign for Equal Voting Access, a program of the Centre for Citizens with Disabilities (CCD) participated actively in the observation of the October 10, 2020 Ondo State Governorship Election organized by the Independent National Electoral Commission (INEC)

EVA4PWD commends the good people of Ondo State for coming out to choose a Governor of their choice. We also commend the Independent National Electoral Commission (INEC) for the conduct of today’s election as large number of polling units observed opened around 8am

Observance of INEC Covid-19 guidelines were not adhered to. There was no form of social distancing as most of the PU’s were crowded. There were hand sanitizers in all the PU and INEC staff were found putting on their facemasks.