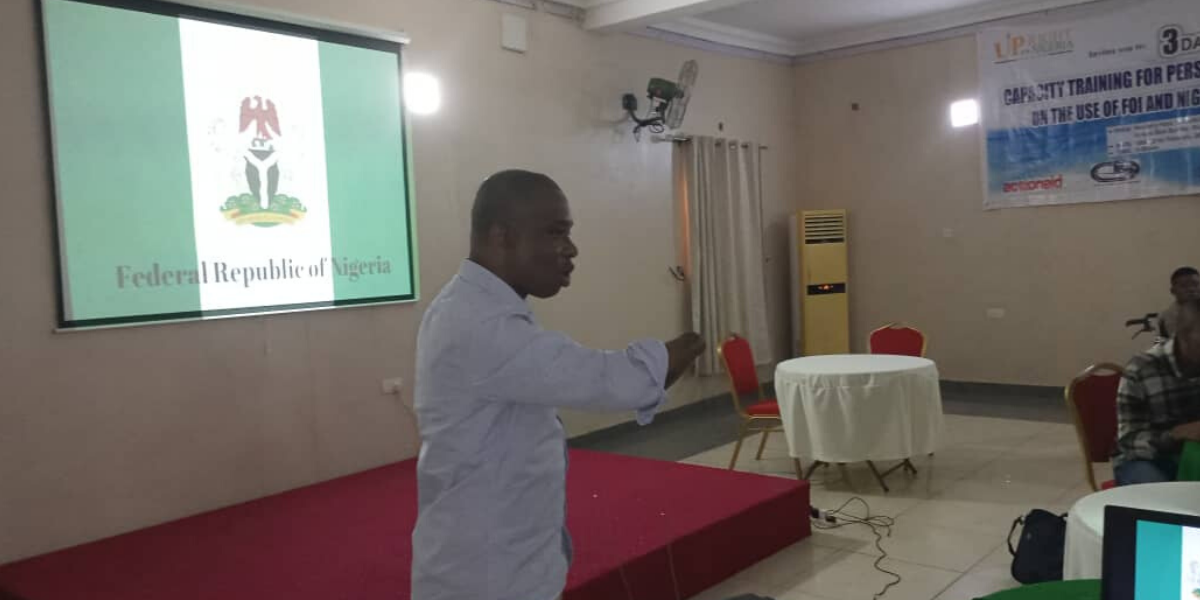 An NGO, Centre For Citizens with Disabilities (CCD) on Wednesday organized a training programme for people with disabilities in Kaduna State to strengthen and build their capabilities to resist corruption and demand for accountability in governance.

The Executive Director of the CCD, Mr. David Ayaele said at the opening of the training in Kaduna that the programme was being held in five states.

Mr. David O. Ayaele who was represented by the Manager Administration and Finance of CCD, Mrs. Florence Austin, said the Centre is carrying out the project in Kaduna, Kano, Akwa Ibom, Enugu and Lagos states.

” Why we chose these states is because we discovered some of the states don’t have a Disability act.

“So, we are also working with state actors in those states to see how we can leverage the disability act in the states.”

She said the program involved not only people with disabilities, but also women and youth, and was meant to build their capacity in using the Freedom of Information Act (FOI) to ensure the protection of their rights.

“The training would enable them to know how to ask questions because there are budget allocations for people with disabilities.

“By knowing the content of the Information act it would enable them to ask government questions about what was done with their money.”

The director said the aim was also to change mindsets, personal norms, and perceptions so that vulnerable people would not be relegated in accessing basic rights.

Prof. Dominic Badaiki, a Professor of Law at Ambrose Alli University, noted that people with disabilities were worse affected by corruption.

Badaiki said that the training was, therefore, to educate them on how to leverage the FOI to write petitions, ask questions and demand for accountability and social auditing.

According to him, the training would enable the participants to able to use some of the relevant sections of the Act in budget tracking and analysis.

He stressed that state actors must be made to answer for their actions and inactions, adding that accountability is a constitutional responsibility of every state actor and citizens have the right to participate in the governance process.

“It’s also necessary because it is central to the existence of any human society and a major tool for fighting and exposing corruption and wrongdoings,” the professor said.