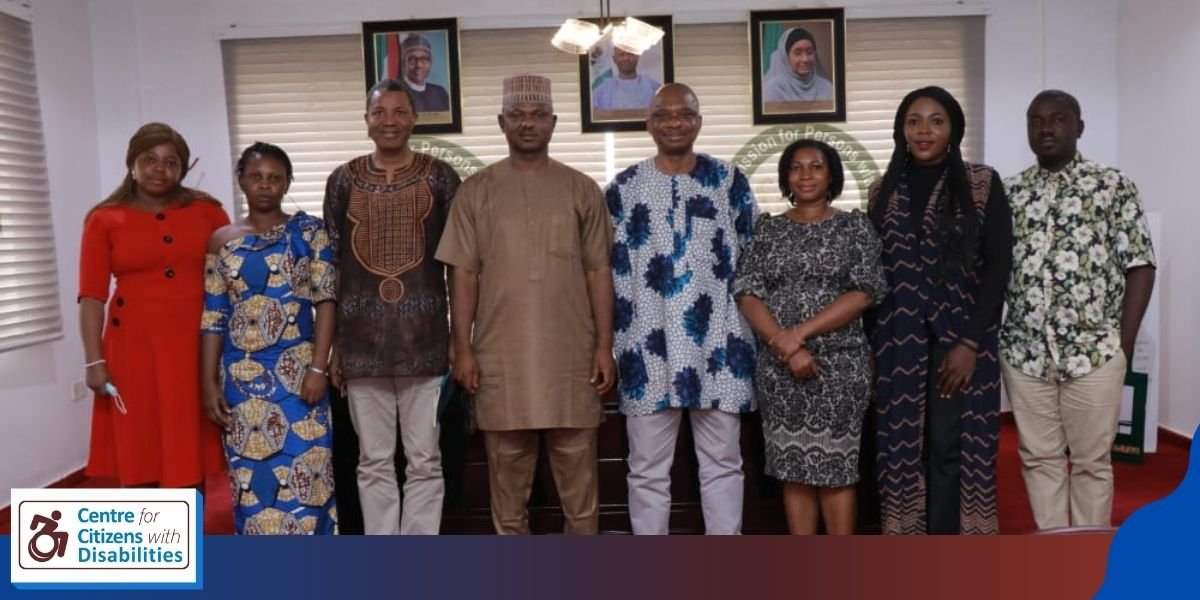 August 23, 2021 Written by CCD Nigeria. Posted in News No Comments

Head of media and publicity, NCPWD, Mbanefo JohnMichaels I. revealed this in a press statement released early today

In his welcome remarks, the ES expressed his gratitude to the Executive Director for the visit as he recalled old memories of their days of struggles towards achieving the recognition which culminated into the establishment of the Commission.

“It gladdens my heart to see My brother David Anyaele being a living witness to the baby we all conceived over the years to come to life” he said.

James Lalu described the establishment of the Commission as a reflection of the relentless efforts of the disability heroes whose compendium will not be complete without the credence of Mr Anyaele.

He also disclosed that his position as the ES is an opportunity to serve the community of Persons with Disabilities from government perspective in order to deliver the dividends of good governance.

The ES further charged the Civil Society Organization not to relent from pointing out the right directions to the Commission.

He also disclosed that the Commission’s recent collaboration with the Nigeria Police Force will open up Civil – Military synergy with the PWDs.

“Accordingly, Desk Offices for complaints to tackle discrimination against Persons with disabilities will be established across the police divisions in all states of the federation” he reiterated.

In his response, the Executive Director CCD David Anyaele expressed his excitement over the state of activities at NCPWD, congratulatted the ES on the achievements so far and restated that he should not rest on his oars.

He cited that the establishment of the Commission is only a step which should be taken further to impact more on the lives of PWDs.

Anyaele reflected on the struggles of the heroes past and avowed that a National Summit of Persons With disabilities will help to stabilize the impact already achieved in order that their efforts are never in vain.