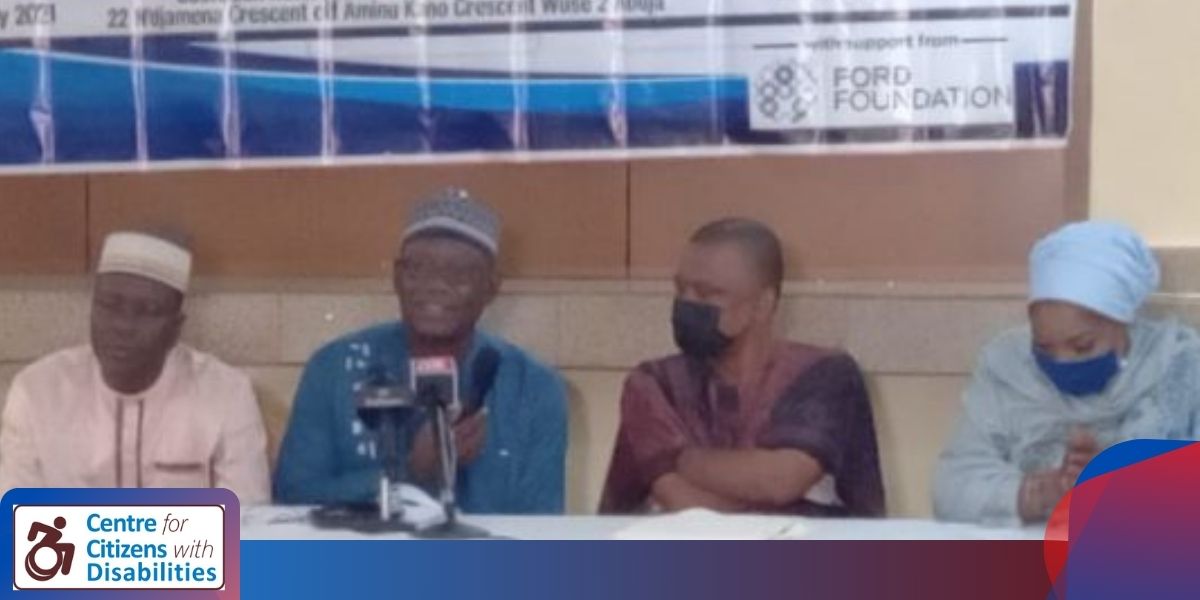 The Executive Secretary, National Commission for Persons With Disabilities, Mr. James David Lalu has congratulated the Executive Director of the Center for Citizens with Disabilities (CCD) Mr David Anyaele for a meticulous report on the assessment of compliance to the Disability Act as administered on line Ministries, Extra Ministerial Departments and Agencies of government.

This was revealed in a press statement by the head of media and publicity, NCPWD, Mbanefo JohnMichael I, on Friday.

The ES who was represented by the Ag. Director Social Integration NCPWD Mr Lawrence Edemudia said this recently in Abuja during
the presentations of assessment report on PWDs across Ministries.

Further in his speech, Lalu stated that the survey is a true reflection of the daily experience of Persons With Disabilities individually at their various offices.

He reiterated on the lack of awareness of the obligation by government officials in respect to their interpersonal relations with PWDs.

However, the Hon. Minister of Humanitarian Affairs, Disaster Management and Social Development Hajia Sadiya Umar Farouk who was represented at the event by Mr Garba Magaji from the Ministry affirmed her absolute commitment to the course of Persons with Disabilities.

Earlier in his introductory remarks, the Executive Director Centre for Citizens with Disabilities Mr David Anyaele gave an overview of the sample size which has a cluster of specific Ministries in Abuja. He said that the methodology took into account the accessibility, education, health as well as career development of PWDs while they contribute their quota in National development.

He further emphasized that CCD came up with specific objectives in order to identify challenges of implenting the provisions in the law, understand the current social context of PWDs in FCT, and make recommendations for proper implementation and enforcement of the Act.

In addition he said that the group employed 12 “face to face” Key Informant Interviews, 3 Focus Group Discussion and 3 in-depth interviews with participants.

Anyaele also appreciated the Ford Foundation for their partnership towards conducting the survey and seized the occasion to encourage other foreign organization to support the advancement of PWDs.

The National Human Rights Commission was represented by Mrs.Agharese Arase who assured the convener and the stakeholders of the her organization’s constant support in the advocacy for visibility of PWDs in the society.
She mentioned that issues of litigation for PWDs has been captured in NHRC’s five- year plan.