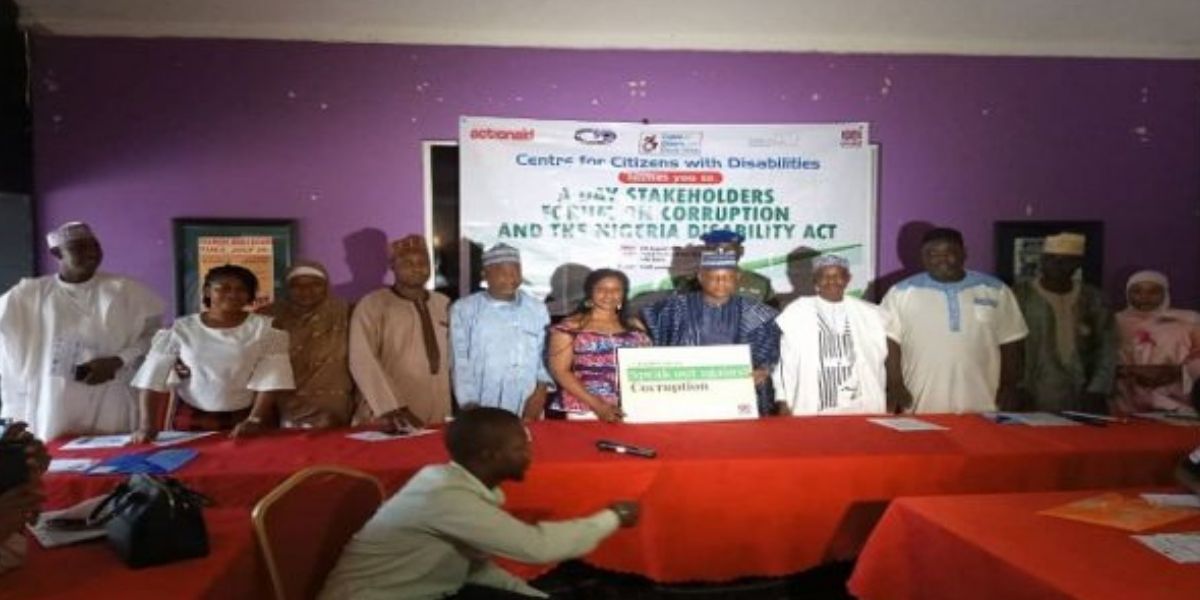 KNSG committed to the development of PWDs – Head of Service

September 10, 2019 Written by CCD Nigeria. Posted in News No Comments

The Kano State Head of Service, Dr. Kabiru Shehu has said that the state government under the leadership of Gov. Abdullahi Ganduje was committed to the development of people with disabilities in the state. Dr. Shehu made this known on Tuesday during a one day workshop for people with special needs in the state on corruption and the Nigerian disability Act organized by Centre for Citizens with Disability (CCD).

According to him, Ganduje’s administration had recently declared free and compulsory primary to secondary education in the state, which he said people with special needs will also benefit from that.

He said, “The administration will not relent in initiating things that would make a great impact on the lives of the people, especially those with special needs”.

He explained that recently two people with special needs were given appointment in different government organizations. “We are also committed to fighting corruption in the state through various means of fighting the menace, and we will not get tired until we achieved the desired goal,” he added. Earlier in his opening remarks, the Executive Director CCD, Mr. David Anyaele, called for the domestication of the domestication and speedy implementation of the Nigerian Disability Act across the country. “We are therefore looking at the ways to ensure that the law recently established for the people with special needs in the country become effective and well-implemented”, he said. Anyaele noted that inadequate support to the people with special needs increases their poverty level and even sometimes led them to engage in corruption, adding that the implementation of the Act would go a long way in reducing the problem. Mr. Anyaele, represented by the CCD Head Finance and Administration, Florence Austine, said the workshop was aimed at enlightening the public, especially its members, on the danger of corruption and the way out. According to the ED, the forum was also to ensure the inclusion of people with disabilities in the government of the state.