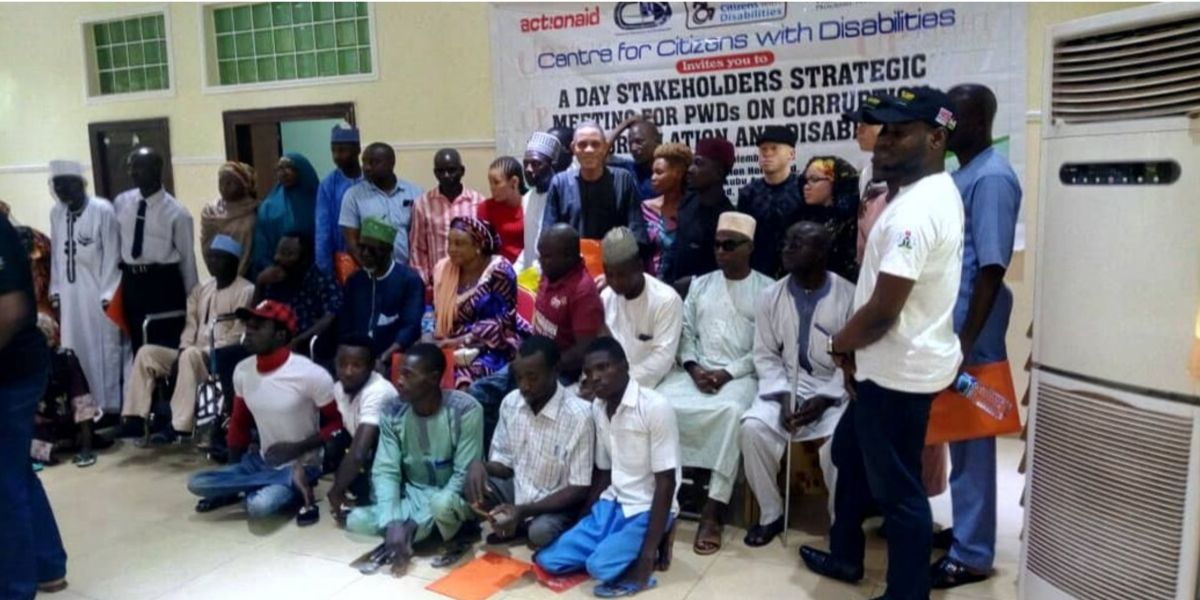 How corruption in government affects our welfare, by PWDs

Kaduna tasked on disability bill
People with Disabilities (PWDs) under the umbrella of Joint National Association of Persons with Disability (JONAPWD) have said that corruption in government affects their welfare in the society.They, therefore, urged the Kaduna State government to facilitate the endorsement of the People with Disability Bill presently at the House of Assembly.
Members of the association, during a workshop at the weekend, criticized the high level of sleaze in government circles, saying that the funds that would have been used to cater for Nigerians were being mismanaged, leading to poverty in the land.

The workshop on ‘Strengthening Citizens’ Resistance Against Prevalence of Corruption’ was organised in Kaduna by the Centre For Citizens With Disability (CCD) with support from ActionAid.

Speaking at the occasion, the CCD Senior Programme Officer, Kola Ogunbiyi, who coordinated the training, said: “We commenced a project on anti-corruption in two states; one in the South East and another in the South South to sensitize the PWDs on the corruption being perpetrated in government offices.

“We had trained them in Akwa Ibom and Enugu states on how corrupt practices affect PWDs. It was extended to Kaduna, Kano and Lagos states because of the impact of the project in the two states.

“We are thinking of the practical steps by state actors to give account of their responsibilities in terms of making their budgetary allocation open to the society, so that we will know if what they budgeted for are being addressed, so that PWDs can have better life in the country.”

Meanwhile, the chairman of JONAPWD, Kaduna State chapter, Suleiman Abdulazeez, has criticized the state government for delaying the signing into law of the bill on PWDs, saying that corruption in government denied the members of the association their rights to good healthcare facilities and others in the state.

“The main aim of this programme is to strengthen the capacity of people with disabilities in Kaduna on how to lay complaint to government on corruption in public offices.

“The disabled in Kaduna will challenge corruption in government through genuine petition where the need arises.“I can’t say our relationship with government is 100 per cent cordial. Government, one way or the other, is supportive but not as we expected, because till now we have issues with the government.

“The issue is on our bill, the disability rights bill, which has been before the House of Assembly and the ministry of Justice, for over 10 years. It has shifted from one ministry to another with no concrete result,” he stated.