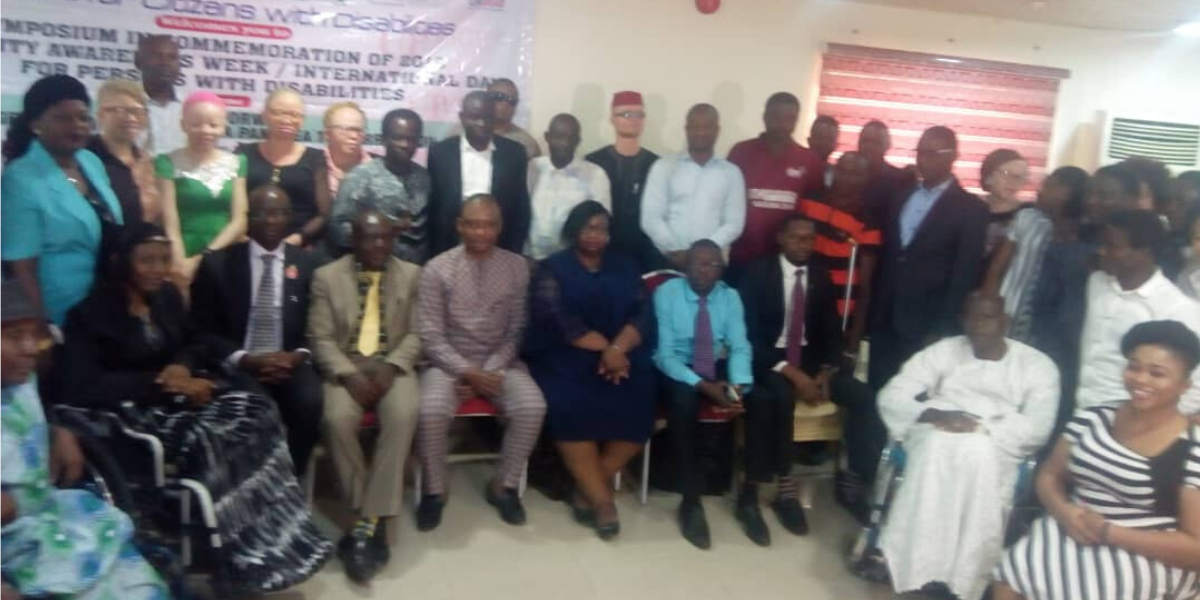 Corruption, a major cause of poverty in Nigeria, says CCD

December 4, 2019 Written by CCD Nigeria. Posted in News No Comments

As the world commemorates the International Day for Persons Living with Disabilities on Tuesday, an NGO, Centre for Citizens with Disabilities (CCD), has described corruption as the major cause of poverty in Nigeria.

Mr. David Anyaele, the CCD Executive Director, made the assertion on Tuesday at a symposium to commemorate the 2019 Disability Awareness Week/International Day for Persons with Disabilities in Lagos.

Anyaele called on persons with disabilities to participate in the current administration’s fight against corruption in Nigeria.

Also, NGO Calls on state govt to adopt the National Disability Act.
The theme for the Week is: “The Way Forward: Nigeria Disability Act as a Panacea to Corruption as it Relates to Persons with Disabilities in Nigeria.’’

The Nigeria News Agency reports that the International Day for Persons with Disabilities is marked annually on Dec. 3.

Speaking with NAN, Anyaele said that PWDs’ participation in the fight against corruption would reduce the incidence of poverty because disability causes poverty and vice versa.

“The incidence of disability will reduce as some state institutions are using people with disabilities to misappropriate funds that are meant for PWDs.

“What that means is that, by reasons of not utilising what has been earmarked in the budget, they have succeeded in increasing their poverty, and other chances of getting more disability in their life.

“That is why persons with disabilities have to take the issue of corruption and fight against corruption very seriously.’’

Anyaele said that there was an urgent need to institute the National Commission for Persons with Disabilities.

According to him, the none constitution of the National Commission for Persons with Disabilities is an increasing incidence of disability in the community.

“The implication is that resources that are ordinarily supposed to be used to support them will not be used because there is no commission or Board of Commission to take care of it.

“I want to use this opportunity to call on people in power to take appropriate steps to constitute the board to reduce the hardship of people living with disabilities in this country,’’ he said.

“The LASODA Board expired with the last administration and it is important to constitute a board and appoint competent persons to head the establishment.

“The none constitution of LASODA Board is hindering the administrative activities of the agency; they cannot take any policy decisions or actions around people with disability in the state.

“It means that people with disabilities are not benefitting in the administration of this government,’’ Anyaele said.

Earlier at a panel session, the EFCC Assistant Director (Legal), Lagos State Office, Mr. Kabir Elelu, commended the CCD for its efforts geared toward the enactment of the Disability Act 2018 of PWDs.

Elelu also said there was an urgent need for the establishment of the commission.

According to him, it is the body saddled with the implementation and overseeing the achievement of the act.

In his keynote address, the state Attorney-General and Commissioner for Justice, Lagos State, Moyosore Onigbanjo, said that disability was also a cause and consequence of poverty.

“This is due to limited access to education, employment, medical care, nutritious food, and accessible environment,” Onigbanjo said.

“This is to enable them to participate in the mainstream of development and lead a life with dignity and self-esteem.

“People are disabled by society, not just by their bodies; these barriers can be overcome, if governments, NGOs, professionals, and PWDs and their families work together.

“PWDs are not heroes, they are not victims; there is a thin line between ability and disability.

“An individual can be able-bodied today and disabled tomorrow; therefore, the issue of inclusion and protection of PWDs involves all and sundry,’’ he said.