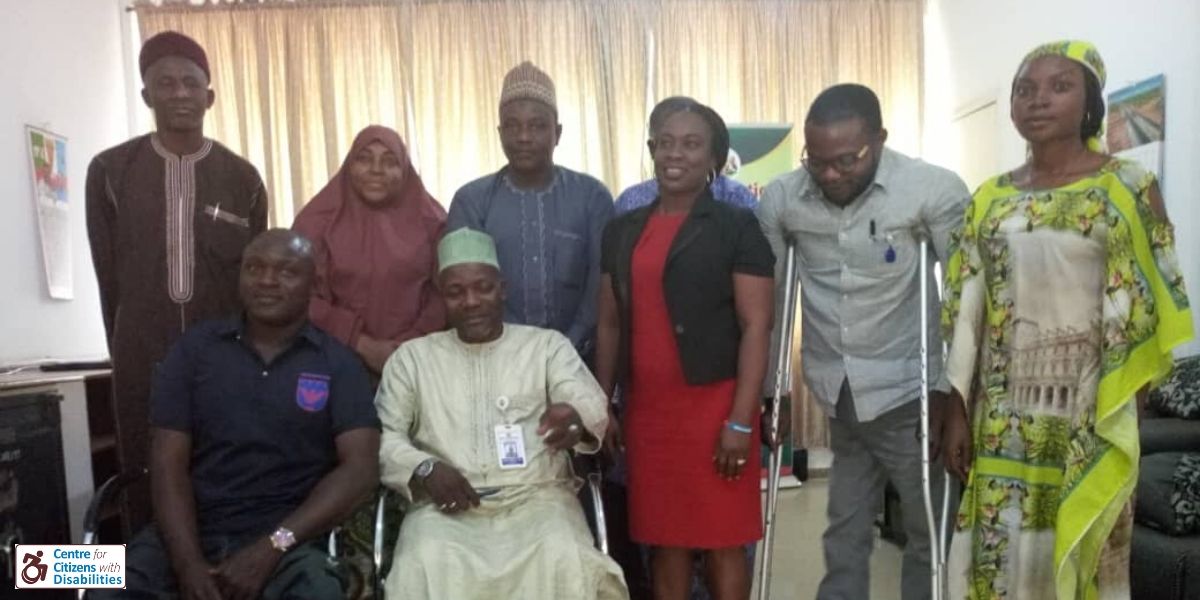 The Centre for Citizens with Disabilities (CCD) pays a courtesy visit to the office of the State Secretary to Kaduna State Government as part of the #Upright4Nigeria Campaign Currently ongoing in the state.

Musa Aboro who spoke for CCD said the organization is working to promote the right of people living with disabilities across board.

Speaking about achievement so far, Musa Said the NGO has been able to secure Lagos State Special Peoples’ Law.

Musa said they are in Kaduna for the Project Strengthening Citizen Resistance Against Prevalence of Corruption (Scrap-C).

“The programme tends to sensitize people on the ills of corruption and make persons’ active in speaking against corruption, CCD handles the part as it concern people with disabilities noticing the greatest challenge as the lack of law protecting their rights”.

He said they are working in Kaduna State to see how the state can have a legal framework that protects the rights of people living with disabilities and they have been working closely with relevant agencies and a bill is presently been drafted and will soon be presented to the State Assembly.

Mr David Anyaele who was represented by CCD’s Manager Administration and Finance Mrs Florence Austin, said they are in the SSG Office because his office has been identified as one of the key offices that can help fast track the disability bill in Kaduna State.

She said even though there is a National Disability Act, bringing it down to the state will ensure the right of persons living with disabilities.

She also presented the #Upright4Nigeria Campaign material to the Permanent Secretary on behalf of CCD.

The Permanent Secretary assured them of the SSG’s support, he said the governor is doing greatly to carry everyone in the state along.

And he assured CCD that his office is always open for any form of support they may need in the state.