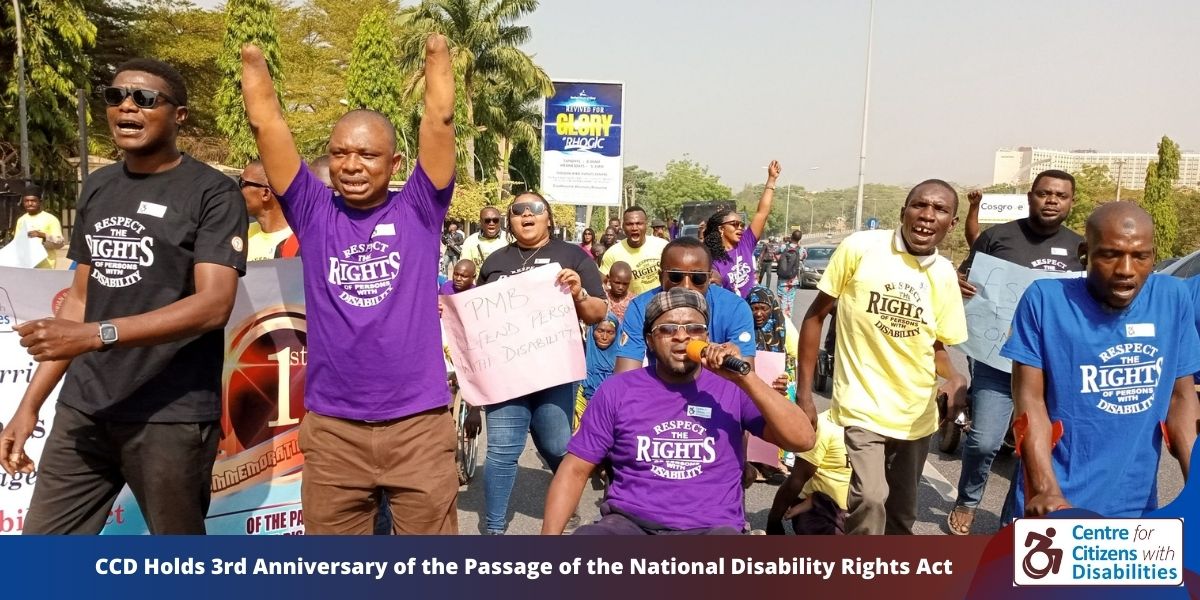 January 17, 2022 Written by admin. Posted in News No Comments

The Act was assented to by President Mohammadu Buhari on January 17, 2019.

In a press statement signed by David O. Anyaele the executive director of CCD, he disclosed the theme of the Anniversary which is supported by Ford Foundation, is “2023 General Elections and the Future of Nigerians with Disabilities” will hold from January 18 -20, 2022 at the National Human Rights Commission Conference Hall, Maitama Abuja, by 10am daily.

Parts of the statement reads: “The event is a week-long activity aimed to create awareness on the successes achieved since the passage of the Act, and to stock on efforts of stakeholders towards ensuring the full implementation of the Disability Rights Act, as well as to evaluate the extent of the performance of the National Commission for Persons with Disabilities in the discharge of its responsibilities for the education, healthcare and the protection of PWDs Social, Economic, Civil Rights and other related matters”.