CCD CALLS FOR ALTERATION OF SECTION 42 OF THE NIGERIAN CONSTITUTION

November 22, 2017 Written by CCD Nigeria. Posted in Blog No Comments

CCD CALLS FOR ALTERATION OF SECTION 42 OF THE NIGERIAN CONSTITUTION 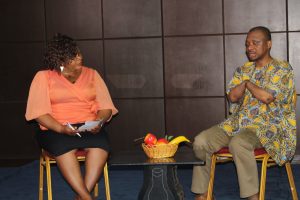 The Centre for Citizens with Disabilities (CCD), has blamed the incessant cases of discrimination against persons with disabilities (PWDs) in the country on section 42 of the Nigerian constitution.
Speaking on a live TV show on Anambra Broadcasting Service, Awka, the Executive Director of CCD, Mr. David Anyaele, noted that there is urgent need for the alteration of section 42 of the Nigerian Constitution, stressing that none prohibition of discrimination on the grounds of disability is a big challenge, hence the need for amendment.
The ED who was on ABS spoke on the centre’s project on Campaign for Equal Voting Access for Persons with Disabilities and also noted that the absence of legal frameworks at states and federal government levels, frustrates the agitations of Persons with Disabilities against discrimination.
The programme provided an opportunity for the Executive Director to reiterate, the call on National Assembly and State Assemblies to pass disability law.
He stated that legislators should leave up to their social responsibilities of protecting the vulnerable in the society, noting that Persons with Disabilities are the most vulnerable.
He further stressed that the non-existence of legal frameworks to protect the rights of persons with disabilities has led to the adoption of charity based approach by stakeholders in matters affecting PWDs other than the universally accepted rights based Approach . 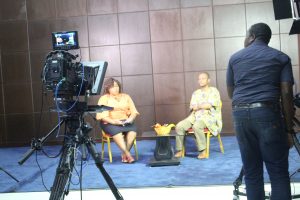