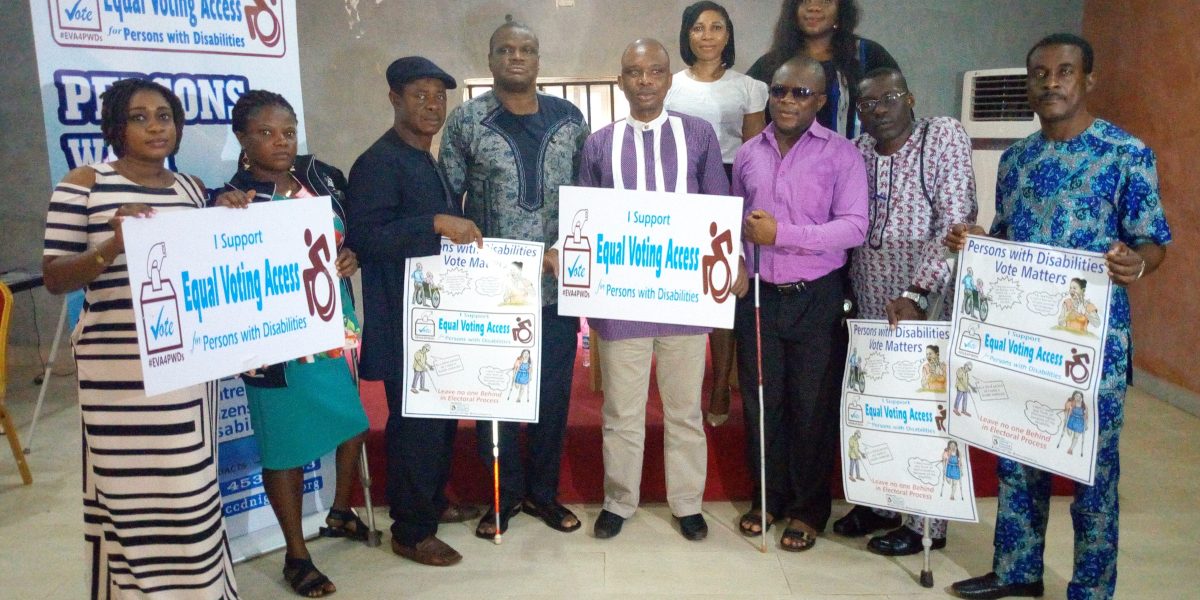 October 19, 2017 Written by CCD Nigeria. Posted in Blog No Comments 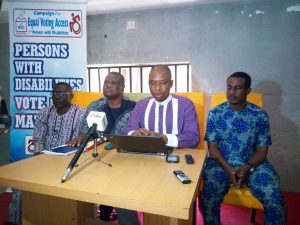 As eligible voters in Anambra State gear up towards the state gubernatorial election that has been scheduled to hold on Saturday, 18th November, 2017, the Centre for Citizens with Disabilities has called on the Independent National Electoral Commission, INEC, to ensure that adequate modalities are put in place to ensure that Persons with Disabilities participate effectively during the election.

The Executive Director of  Centre for Citizens with Disabilities, David Anyaele made the call while briefing newsmen in Awka, Anambra state on the launch of the centre’s project tagged” Campaign for Equal Voting Access for Persons with Disabilities.

Speaking on the essence of the Campaign, Mr. David Anyaele said the campaign was launched to ensure that eligible female and male persons with disabilities gain Equal Voting Access during Elections in Nigeria.

On his part, Anambra State Chairman of Joint Association of Persons with Disabilities, Nwanolue Lawrence called on Anambra State House of Assembly to pass the state disability bill that has long scaled through the second reading into law.

In his own contribution, the state chairman of the blind Association, Uche Nnadi, appealed to journalists to observe the election and publicize the challenges that some PWDs may encounter.

Speaking on some of the challenges, some participants including, Nwanokwara Ncheta, Christian Ugochukwu and Polycarp Udeagu narrated in brief, the ordeals Persons with Disabilities usually go through during election and called for an all –inclusive participation during election.

It may interest you to know that the event was attended by representatives from the media, human rights organizations, heads of organizations of persons with disabilities among others. 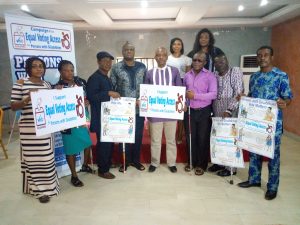