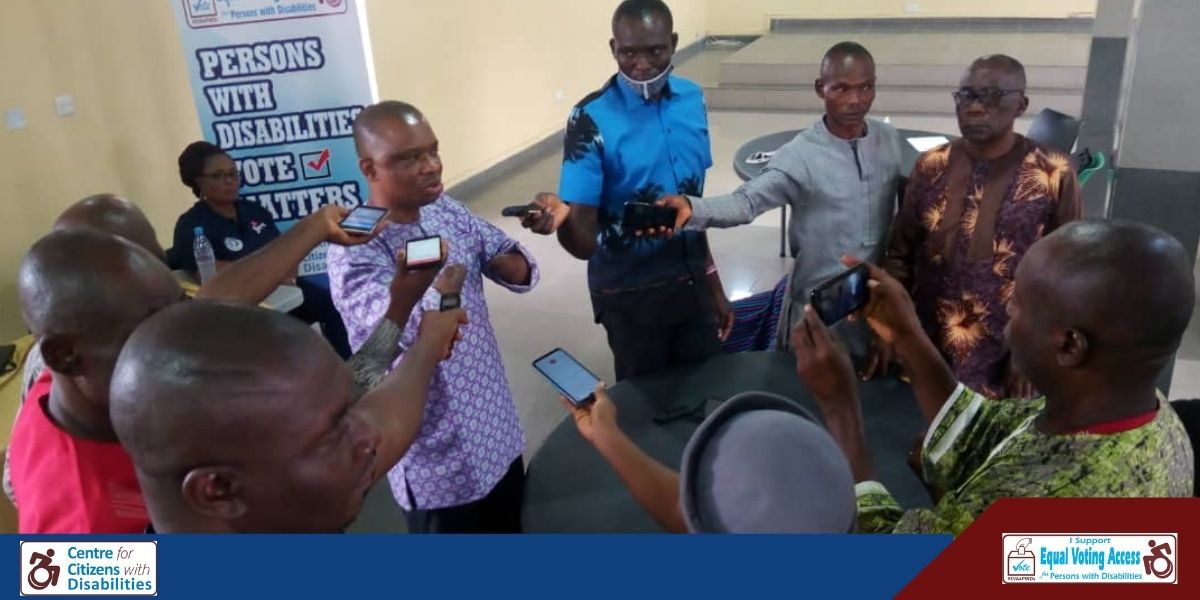 Abia LG Polls: Centre calls for the removal of barrier against PWDs

Centre for Citizens with Disabilities (CCD) has called for the removal of barriers against Persons With Disabilities (PWD), to give them access to voting in the forthcoming local councils’ election in Abia.

Mr. David Anyaele, CCD Executive Director, made the call during a sensitisation programme for media practitioners on Equal Voting Access in Umuahia, on Friday.

The News Agency of Nigeria (NAN) reports that the Abia Independent Electoral Commission (ABSIEC) has slated Dec. 18, for election into the 17 local government areas of the state.

Anyaele, who is the convener of the event, expressed fear that PWDs will be excluded from the poll, threatening that the group would not hesitate to sue the commission if that happened.

He said that PWDs constituted about 15 percent of the population in the state and should not be denied the opportunity to exercise their voting franchise.

He charged the election body to provide disability-sensitive ballot materials to enable the blind to participate in the poll.
“We are asking that the polling units should be positioned in accessible places.

“They should be accorded with priority voting at the polls.
“This is in line with the provisions in the Discrimination Against Persons with Disability Act, 2018, which provides that where there are queues, PWDs should be given priority,” he said.

Anyaele insisted that the votes in the councils’ elections must be inclusive and accessible to all irrespective of disability or not because “the votes of PWDs matter.”