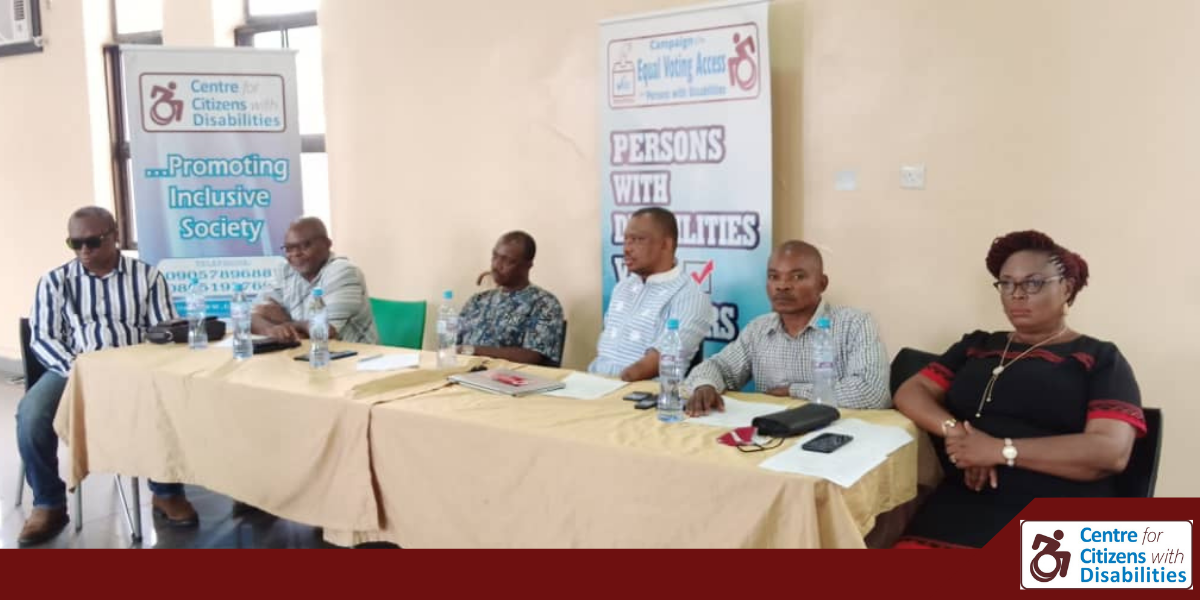 The Centre for Citizens with Disabilities (CCD) says it will sue the Abia State Independent Electoral Commission (ABSIEC), should persons with disabilities (PWDs) be excluded from the upcoming local government elections.
Mr. David Anyaele, the Executive Director of the Centre, said this in Umuahia on Friday during a programme organised to sensitize PWDs on Equal Voting Access ahead of the Dec. 18 poll.
Anyaele, who is the convener of the programme, said that they could not fold their arms and watch ABSIEC discriminate against PWDs.

He threatened that the Centre would take the commission to court should it observe that the electoral process did not protect the concerns of PWDs. He said: “PWDs in Abia constitute more than 15 per cent of the population. And for them to conduct election at their exclusion is abuse of their fundamental rights.”

“We have already sent the terms of reference to our lawyer for him to look at the extant laws to identify gaps. Where we find that there is flagrant abuse of the rights of PWDs over their participation in this election, we will not hesitate to stop the election using the court of law.” Anyaele said that the Centre had reached out to ABSIEC to seek a collaboration in order to promote equal voting access for PWDs.

“We want to use this opportunity to call on ABSIEC Chairman, Prof. Agu Mkpa, to review his electoral process to ensure that the 600,000 and more PWDs in Abia are carried along.

In a remark, Mr. Stanley Onyebuchi, the Chairman, Joint National Association of Persons With Disabilities in Abia, commended CCD for doing a lot to protect the interest of PWDs. Onyebuchi assured the CCD of support from the association, saying, “All of us have agreed that the best option is to get court injunction to stop the election.”

It is reported that no ABSIEC official was at the programme to respond to the groups’ concern. Mr. Kingsley Onyechukwu, who represented the Independent National Electoral Commission said the commission is disability friendly. Onyechukwu, who is the Head of Unit, Civil Society Organisations/PWDs, said that INEC always considered the interest of PWDs in the electioneering process.

Some members of PWDs, who spoke at the event, alleged harmful practices against them, including discrimination and sigmitisation in the state. They called on the Abia House of Assembly to quickly pass the disability bill into law in order to mitigate some of the challenges facing them.