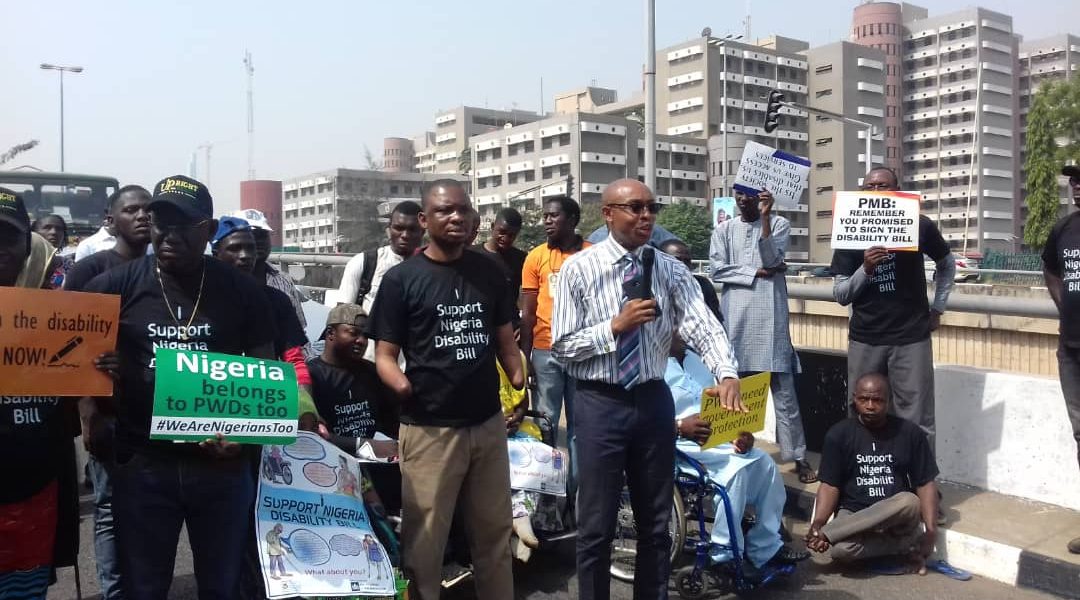 January 18, 2019 Written by CCD Nigeria. Posted in Blog No Comments

The Coalition of Disability Organizations staged a protest in Abuja on Thursday 17th of January, 2017. The protest was staged to sensitize the general public and the presidency on the contents of the National Disability Bill transmitted to the President for assent on Dec. 18, 2018, by the National Assembly. Mr. David O. Anyaele, the Executive Director of the Centre for Citizens with Disabilities (CCD) Nigeria and convener of Coalition of Disability Organizations, led the protest that started from Unity Fountain through Constitutional Avenue to the presidency.

“The protest march today for urgent assent of the President on the National Disability Bill was very successful. I
must state here that the disability bill was transmitted to the President for assent on Dec. 18, 2018, by the National Assembly …” a statement issued on the Facebook wall of Mr. David O. Anyaele.

For a better understanding of the provisions of the National Disability Bill, click Here